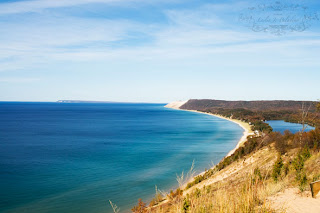 Posted by Leslie at 7:30 AM No comments:

Ever since we moved to Kentucky, I've had a dream—a dream of getting out into the tobacco fields just before they're harvested for some pictures, while they're bright yellow. It hasn't happened yet. I'm really hoping for that this year, though!

But, I did make it out (inadvertently) to a local farm last Fall, and stumbled onto an old tobacco barn on the property. And the tobacco was still hanging! Jackpot! It was definitely cool. 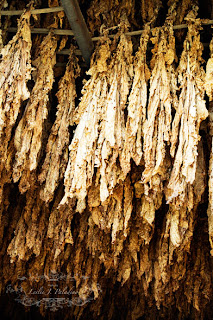 The leaves were so crisp, and made the neatest rustling noise when the breeze hit them. It was eerily quiet when you walked deep into the barn. The hanging tobacco just sucked up all the sound. 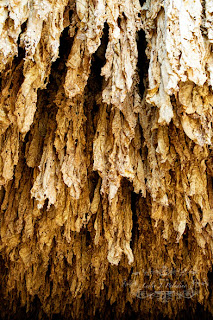 So, now that I've captured dead tobacco with my camera, maybe this year I'll be able to capture it while it's still alive . . . and gorgeously bright yellow, under the perfect lighting conditions. :)

Posted by Leslie at 7:44 AM No comments: 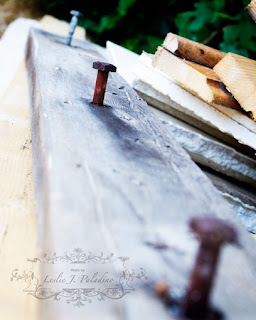 I realize this is more of an industrial photograph than a nature photograph, but it symbolizes about four or five months of our lives. These pieces of wood and nails are no longer laying in our yard (thank goodness), but they were for quite a while.

We bought our first home in August 2010, and began an extensive kitchen remodel shortly after. The house is fifty-five years old, and nothing had been done to the kitchen in a LONG time. I also found out I was pregnant with our second child, just after we began the remodel. We didn't do the construction work ourselves—oh no. We hired a friend's company do that. But, we lived through weeks of loud noises, walls being torn down, all-day sickness from being pregnant, drywall dust, old molding and studs laying in the yard, and trying to corral a very active toddler.

When I look back, it really didn't take very long! But, while we were in it, it seemed to take forever. So, the picture above symbolizes how far we've come, in my mind. We're no longer under construction. We still have work to do, but we're almost there—we're so close! But, there aren't any pieces from construction laying around the yard anymore, and that feels awesome.