My husband and I have been trying to figure out which of my artistic photos to display in these four black frames we have. I've traditionally taken seasonal pictures and put them in these frames, but we wanted to do something a little different with them. And we wanted to put them in our bedroom. I haven't really taken the time to try and figure out what I wanted to do with them, but my creative bug has been alive and well lately, and I just had to do something about it. So, I rifled through my pictures, and decided to go with a natural Michigan theme (we're from Michigan)—specifically "up North." But, I didn't want to use the full-color versions of these photos, so I sat down and spent a little QT in Photoshop.

After playing with them, I decided to use a sepia tone, which would work well with the black frames, off-white mattes, and the colors in our bedding. Only two of these pictures are ones that I've previously blogged about (I included links to the originals below the respective pics), and two of them are new to Grace Made Evident. So, here they are . . . 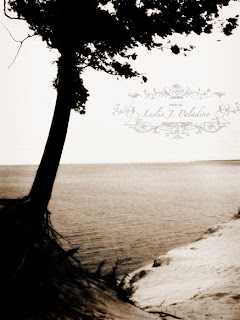 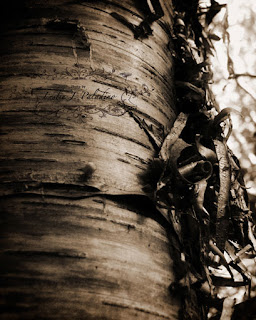 Curling Birch bark in the woods of Northern Michigan 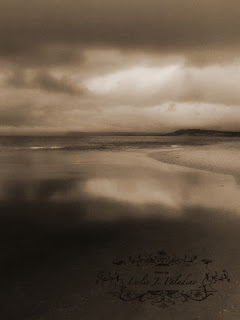 Mouth of the Platte River, emptying into Lake Michigan
View the original 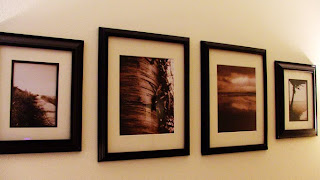 I have to say that I was impressed with my own picture hanging abilities. They're all really straight!

P.S.—These pictures ARE included in the giveaway. :o)
Posted by Leslie at 4:37 PM

YAY! I love them!